Dr. Lucille V. Abad is a radiation chemist, specializing in radiation chemistry and processing of polymers. She has been a lead country and national project coordinator of IAEA regional projects on subjects related to radiation crosslinking, degradation and grafting of polymers for health, agricultural and industrial applications. She also undertakes researches on radiation processing, as program or project leader, within the country. She is a Career Scientist, currently heads the Chemistry Research Section, and the Officer-in-charge of the Atomic Research Division of the PNRI.

University of Santo Tomas, Manila, Master of Science in Chemistry, 1993

Dr. Ricardo Abad is recognized for his important contributions in the field of completed his doctorate in sociology at Fordham University, New York, in 1975 on a Fulbright-Hays grant, and soon after came to teach at the Department of Sociology and Anthropology, Ateneo de Manila University and to work as a Research Associate, two years later as Director, of the Institute of Philippine Culture (IPC). In 1979, while still serving as IPC director, he began his eight-year term as Chairman of the Department of Sociology and Anthropology where he was instrumental in overseeing the opening of three programs: the Bachelor of Arts major in the Social Sciences (1979), and the Professional Social Science Program for Southeast Asian Students (1986) and the Master of Arts in Social Development (1987). In 1981, he was elected President of the Philippine Sociological Society, and appointed editor of the Philippine Sociological Review for the 1981 to 1990 issues. He also obtained a Fulbright Research Fellowship in 1986 to work on Filipino international migration at the East-West Center in Hawaii. Since then, he has also been associate editor of Philippine Studies and editor of the social science edition of the Loyola Schools Review. In 1994, he became a senior fellow (and for several years, board member) of the Social Weather Stations (SWS), taking special interest in the SWS’ annual surveys with the International Social Survey Program as data base for his writings on religion, social inequality, and social networks as well as a data source for his classes in statistics and quantitative methods. His teaching achievements have been recognized by three major prizes: the Most Outstanding Senior Lay Teacher Award given by the Association of Parents of Ateneo College Students (1993), the Most Outstanding Teacher Award granted by the Metrobank Foundation (2001), and Metrobank Award for Continuing Excellence and Service in Teaching (2009). His work, The Asian Face of Globalization, garnered the Most Outstanding Research in the Social Sciences Award in 2006. Alongside this sociological enterprise lies Ricardo Abad’s work in the theater. From 1984-2104, he was moderator and artistic director of Tanghalang Ateneo, the college theater company, where he has directed and acted in over 130 productions. Twice he was awarded for his work as Outstanding Moderator in the University’s Service and Excellence awards (1991, 1999); twice, too, was he awarded Best Director for the national ALIW awards (2007, 2012). He has also directed and acted for professional companies like Teatro Pilipino and Tanghalang Pilipino of the Cultural Center of the Philippines, and the Metropolitan Theater Guild. Many of his theater productions interrogate classics of western drama, notably Shakespeare, in terms of a Filipino and Asian sensibility. He also helped to establish the Fine Arts Program of the Loyola Schools (2000), becoming its founding Director and for many years, as Coordinator of Theater Arts. He has also represented the Ateneo Theater Arts Program in various international festivals and conferences. In recognition of his theater achievements, the Loyola Schools honored him, in 2009, an award for his Most Outstanding Contribution to the Humanities. Ricardo Abad also uses theater techniques as the basis for workshops and lectures in pedagogy for teachers from the primary to the tertiary levels. In 2006, he organized Dynamic Classrooms, a summer workshop to enhance teacher performance in the classroom using active learning or student-centered teaching strategies. The workshop has toured many schools around the country, most recently at the Antipolo Institute of Technology in Metro Manila and the Visayas State University in Leyte. As part of a group called RolePlayers, a company he co-founded with former students, he also gives workshops on creative communication for students, parents, priests and managers as part of his outreach work. In 2014, Dr. Abad received a fellowship under the Asian Public Intellectuals Program and spent several months in Malaysia to explore the link between theater and nation. He is also slated to spend five weeks in India in late 2015 to do a performance piece on overseas labor migration with students of the National School of Drama in New Delhi. His home base remains, however, with the Department of Sociology and Anthropology where Professor Abad, in addition to teaching, serves as Department Chair and does research on postcolonial theater, cosmopolitanism, and citizenship. 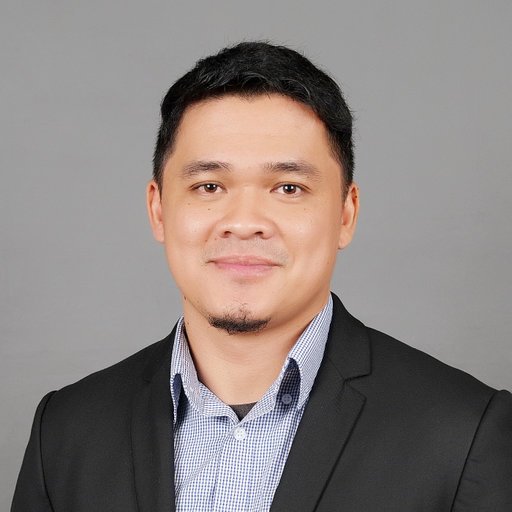 One of the grantees of the Outstanding Young Scientists (OYS) award for 2011 is Dr. Nathaniel C. Anasco in recognition of his important contributions in determining the presence, distribution, and effects of agricultural pesticides, ballast water treatment chemicals, spilled oil, and other marine pollutants on the coastal ecosystems which are important factors in the effective integrated management system of the Philippines coastal zones, since our country, being archipelagic in nature, and has large areas of rice paddy fields and aquaculture farms located near the sea. The said award is given to deserving young individuals not more than 40 years old (in the year of the award) who has made outstanding contributions to science and technology. Dr. Anasco research interests include marine pollution and ecotoxiclogy, water quality, marine chemistry, and fisheries biology. He graduated from the University of the Philippines in the Visayas Cebu College in the course B.S. Biology in 1993.in 1991, Dr. Anasco obtained his M.S. in Fisheries at the UP Visayas, Miag-ao campus. He got a scholarship grant from the Japan Ministry of Education in 2004 and eventually earned degrees in M.S. in Fisheries Science and Technology and the Doctor of Philosophy in Fisheries Sciences at Kagoshima University in 2007 and 2010, respectively. His studies aimed at studying the impacts of environmental pollutants to marine habitats and fishery resources in Philippine coastal waters. His technical expertise in the assessment and monitoring of water quality, extent of marine pollution, and marine productivity in the country’s important fishing grounds are significant contributions to both fisheries and environmental sciences. He performs laboratory exposure experiments involving marine bivalves. He conducts the uptake and elimination of agricultural pesticides which will be examined using water and food-borne sources to determine bioaccumulation potential of pollutants and to know their sub-lethal toxicities. He has published important papers on the biology of non-target fishery catch such as puffer fishes that can be utilized in the future as food, fish meal, and sources of industrial chemicals. Dr. Anasco works on the toxicology of biotoxins and natural products from marine organisms in the coastal waters of Western Visayas as possible sources of selective and non-persistent pesticides. He just recently initiated the establishment of the Marine Pollution and Ecotoxicology (MPE) Laboratory at UP Visayas. Dr. Anasco is newly-conferred UP Diamond Jubilee Professorial Chair in Fisheries Science from the University of the Philippines. He won Best Paper Presenter award from UP Visayas (2003) and the Director’s Award from the Bureau of Agricultural Research, Department of Agriculture (2002). He is currently an Assistant Professor and Director of the Institute of Marine Fisheries and Ocean Sciences, University of the Philippines Visayas. He continues to participate in international and local scientific meetings to present his activities and results. 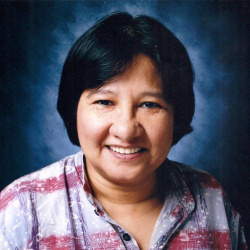