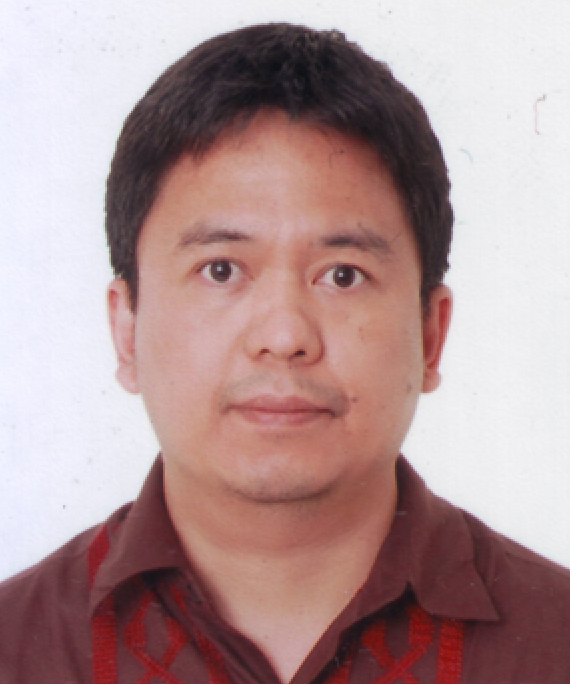 Doctor of Philosophy in Economics, University of the Philippines Diliman, 2011

Masters of Arts in Economics, University of the Philippines, 1999

Bachelor of Science in Statistics, University of the Philippines, 1995

Article title: Navigating Globalization in the Aftermath of COVID-19

The COVID-19 pandemic has affected over 200 countries and territories, leading to well over 40 million confirmed cases and over 1.1 million deaths worldwide (covid19.who.int/). While many are hopeful, an effective vaccine is not yet assured, and the world still struggles with the so-called “new normal” during the pandemic. Meanwhile, even prior to the pandemic, deep structural “mega-trends” have been sweeping across the world, notably the emergence of a new era of “digital globalization”. These changes promise to re-shape international economic linkages just like the previous waves of globalization relating to trade, finance, and people. In important ways, this new globalization is linked to the 4th industrial revolution, which sees automation, artificial intelligence, the internet of things (IoT) and other technological trends reshaping not just the world economy, but also creating disruptions and spurring innovations in social and political spheres. Using a Philippine perspective, it is critical to understand the implications of these waves of change, which are sweeping across the world. Intended as an evidence-based foresight analysis. this paper maps the main features of globalization in the aftermath of COVID-19; and it outlines some initial policy directions with a particular focus on science and technology. Its main recommendation is to focus the Philippines’ effort to build-back-better from the health pandemic on areas that would improve on inclusive recovery from the pandemic, and inclusive development during the post-pandemic period.

Article title: The Impact of Basic Education Reform on the Educational Participation of 16- to 17-year-old Youth in the Philippines

Article title: Quality of nursing schools in the Philippines: Trends and evidence from the 2010–2016 Nurse Licensure Examination results

Background: The quality of undergraduate nursing programs offered by higher education institutions (HEIs) in the Philippines is usually evaluated using Nurse Licensure Examination (NLE) results. Purpose: To describe NLE trends in 2010–2016, compare low and high performing HEIs, and examine the association of HEIs’ characteristics with NLE passing rate. Method: NLE and HEI data were collected from two Philippine government agencies. Descriptive statistics were used to present NLE trends while multiple linear regression was used to determine the association of HEI characteristics with NLE passing rate. Findings: There was a downward trend for NLE takers and passers from 2010–2016. Regression results showed that location, size, type, year of establishment, and student-faculty ratio were associated with NLE passing rate. Discussion: HEIs should consider decreasing their student-faculty ratio to improve NLE performance. Relevant government agencies should take measures to improve most HEIs’ NLE performance in the Philippines.

Article title: A note on the effects of remittances and overseas migration on some Philippine statistics

The Philippines is peculiar in that a significant portion of its population is dispersed globally, sending remittances that have exceeded 8 percent of its gross domestic product (gdp) in recent years. For the last two decades, the country has enjoyed a steady flow of remittances from overseas Filipino workers, which has not only provided an additional source of disposable income to domestic households but has also served as a buffer against economic downturns. This note shows that standard gdp accounting and current labor statistics may inadequately account for remittances and overseas migration, especially their corresponding welfare consequences. A better valuation of welfare and living standards requires alternative measures that would better capture the migration phenomenon.

This study uses a panel of some 8,000 households common to the 2007 and 2008 Annual Poverty Indicators Surveys to examine the economic impact of overseas migration on Philippine households. It finds overseas migration to be an important driving factor for household social mobility in the Philippines. Using panel regression analysis, the study shows households that are able to send members overseas experience a windfall in income transfers, but they also incur losses in domestic wages. This moves them up the income ladder, supports their increased consumption – including spending for education, medical care, real property and equipment, food, clothing and recreation – reduces their poverty, and allows them to increase inter-household transfers.

Article title: Who Are Poor and Do They Remain Poor?

Article title: Are remittances inducing laziness in households?: a reexamination of the evidence

Over the years, the volume of studies on the economic impact of overseas migration and remittances on the Philippine economy and the welfare of Philippine households has grown almost in tandem with the scale of overseas migration and remittances themselves. The studies cover a broad range of topics, touching on the effect on poverty and inequality, household consumption and investment, education and employment, as well as more macroeconomic concerns, such as the exchange rate, gross domestic product (GDP) growth, and overall investment growth. On employment, the most typical finding is that migration and remittances cause recipients to be less active participants in the labor market—what has been called the “complacency effect” or “leisure effect”

Article title: The future of Chinese and South-East Asian migration to OECD countries

CHINA and the Philippines are among the top 10 main sending countries to OECD countries. Population growth is still high in the Philippines, which will likely exert strong pressure for emigration if economic opportunities in the country do not keep up. In China and Indonesia population growth has been reduced to replacement or below replacement levels, thereby reducing future emigration pressure. Recent economic success, if continued, would likely reduce emigration on condition that in China the distribution of benefits from its economic growth is more equitable; that Indonesia is able to generate more employment-intensive economic growth; and that the Philippines is able to extricate itself from its long history of boom-bust economic growth. There are pockets of ethnic unrest that are currently mainly dormant, but should they escalate, they will most likely have an impact on emigration to nearby countries.

A pilot empirical study is carried out on how income inequality affects growth through incorporating panel data information into a quarterly macro-econometric model of China. Provincial urban and rural household data are used to construct income inequality measures, which are then used to augment household consumption equations in the model. Model simulations test the inequality effect on GDP growth and its components. Results show that income inequality forms robust explanatory variables of consumption and that the way inequality develops carries negative consequences on GDP and sectoral growth.

Article title:  The effect of the global economic crisis on Asian migrant workers and governments' responses

It will take more time for the full scale of the global economic crisis to unravel and for its impact on the cross border movements of labor, their conditions of employment and possible return to become manifest. 1 Although the recession in the United States started well over a year before the collapse of sub-prime financial market migration and remittances grew strongly and rapidly in many parts of the world obscuring any early signs of the effects of the on-coming crisis. Many factors remain uncertain even today, including how the fiscal and monetary stimuli that many governments have hurriedly crafted are working to revive afflicted economies.

This paper develops empirical methods of assessing the sustainability and feasibility of public debt under the No Ponzi Game (NPG) criterion, using the Philippines as the testing case. Historical data and forecasts generated by a quarterly macro-econometric model are used in the assessment. Stochastic simulations are carried out to mimic future uncertainty. Through various simulation experiments, we show that, up to the end of the present administration in 2010, the Philippine government debt is not sustainable but weakly feasible if only simple budgetary deficit control policy is used, that such feasibility is vulnerable to major adverse shocks, and that fiscal measures to increase tax effort are desirable to achieve sustainability.

Article title: A small macroeconometric model of the Philippine economy

This paper describes the ADB Philippine model, a quarterly macroeconometric model for forecasting and policy analysis. The model covers private consumption, investment, government, foreign trade, GDP 3-sector labor and production, prices and monetary sectors. The equilibrium-correction form is used, estimated via the general→specific dynamic specification approach, to ensure the best possible blend of a priori long-run theories with short-run dynamics through a posteriori guidance. Country-specific features are incorporated and special attention is given the government block design to enable variables simulations of the fiscal debt problem, one of the most critical problems of the economy at present.

This paper compares the forecast performance of automatic leading indicators (ALIs) and macroeconometric structural models (MESMs) commonly used by non-academic macroeconomists. Inflation and GDP growth form the forecast objects for comparison, using data from China, Indonesia and the Philippines. ALIs are found to outperform MESMs for one-period-ahead forecasts, but this superiority disappears as the forecast horizon increases. It is also found that ALIs involve greater uncertainty in choosing indicators, mixing data frequencies and utilizing unrestricted VARs. Two ways of reducing the uncertainty are explored: (i) give theory priority in choosing indicators, and include theory-based disequilibrium shocks in the indicator sets; and (ii) reduce the VARs by means of the general-to-specific modeling procedure.

Article title: A macroeconometric model of the Chinese economy

This paper describes a quarterly macroeconometric model of the Chinese economy. The model comprises household income and consumption, investment, government, trade, production, prices, money, and employment blocks. The equilibrium-correction form is used for all the behavioral equations and the general → simple dynamic specification approach is adopted. Great efforts have been made to achieve the best possible blend of standard long-run theories, country-specific institutional features and short-run dynamics in data. The tracking performance of the model is evaluated. Forecasting and empirical investigation of a number of topical macroeconomic issues utilizing model simulations have shown the model to be immensely useful.

While the Philippines seems to be on track towards achieving some Millennium Development Goals (MDGs), subnational disparities exist indicating possible patterns of isolation or discrimination. This paper examines whether and how geographical and political economy factors help to explain these disparities, focusing specifically on the MDG targets most closely related to the Human Development Index: poverty incidence, per-capita income, infant mortality and primary education completion rates. The paper shows that climate, topography and other spatial factors affect the pace of communities with respect to human development targets. In addition, history and institutions also play a role: provinces characterized by ongoing social-political or socio-cultural conflicts with the state, or those governed by local political dynasties, are lagging on most outcomes.