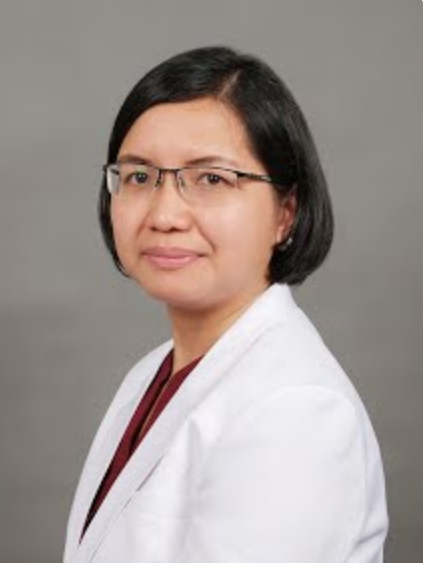 Doctor of Philosophy in Pharmaceutical Sciences-Medicinal Chemistry, University of Florida

Article title: Genomic and Targeted Approaches Unveil the Cell Membrane as a Major Target of the Antifungal Cytotoxin Amantelide A

Amantelide A, a polyhydroxylated macrolide isolated from a marine cyanobacterium, displayed broad‐spectrum activity against mammalian cells, bacterial pathogens and marine fungi. We conducted comprehensive mechanistic studies to identify the molecular targets and pathways affected by amantelide A. Our investigations relied on chemical structure similarities with compounds of known mechanisms, yeast knockout mutants, yeast chemogenomic profiling, and direct biochemical and biophysical methods. We established that amantelide A exerts its antifungal action via binding to ergosterol‐containing membranes followed by pore formation and cell death, a mechanism partially shared with polyene antifungals. Binding assays demonstrated that amantelide A also binds to membranes containing epicholesterol or mammalian cholesterol, suggesting that the cytotoxicity to mammalian cells might be due to its affinity to cholesterol‐containing membranes. However, membrane interactions were not completely dependent on sterols. Yeast chemogenomic profiling suggested additional direct or indirect effects on actin. Actin polymerization assays suggested that amantelide A also promotes actin polymerization in cell‐free systems. However, the C‐33 acetoxy derivative amantelide B showed similar effect on actin dynamics in vitro but no significant activity against yeast. Overall, these studies suggest that the membrane effects are the most functionally relevant interactions for the mechanism of action.

Alexandrium minutum and Alexandrium tamutum are two closely related harmful algal bloom (HAB)-causing species with different toxicity. Using isobaric tags for relative and absolute quantitation (iTRAQ)-based quantitative proteomics and two-dimensional differential gel electrophoresis (2D-DIGE), a comprehensive characterization of the proteomes of A. minutum and A. tamutum was performed to identify the cellular and molecular underpinnings for the dissimilarity between these two species. A total of 1436 proteins and 420 protein spots were identified using iTRAQ-based proteomics and 2D-DIGE, respectively. Both methods revealed little difference (10–12%) between the proteomes of A. minutum and A. tamutum, highlighting that these organisms follow similar cellular and biological processes at the exponential stage. Toxin biosynthetic enzymes were present in both organisms. However, the gonyautoxin-producing A. minutum showed higher levels of osmotic growth proteins, Zn-dependent alcohol dehydrogenase and type-I polyketide synthase compared to the non-toxic A. tamutum. Further, A. tamutum had increased S-adenosylmethionine transferase that may potentially have a negative feedback mechanism to toxin biosynthesis. The complementary proteomics approach provided insights into the biochemistry of these two closely related HAB-causing organisms. The identified proteins are potential biomarkers for organismal toxicity and could be explored for environmental monitoring.

Article title: Largazole is a Brain-Penetrant Class I HDAC Inhibitor with Extended Applicability to Glioblastoma and CNS Diseases

Largazole is a potent class I selective histone deacetylase inhibitor prodrug with anticancer activity against solid tumors in preclinical models. Largazole possesses in vitro activity against glioblastoma multiforme (GBM) cells and sufficiently crosses the blood-brain barrier based on measurement of the active species, largazole thiol, to achieve therapeutically relevant concentrations in the mouse brain. The effective dose resulted in pronounced functional responses on the transcript level based on RNA sequencing and quantitative polymerase chain reaction after reverse transcription (RT-qPCR), revealing desirable expression changes of genes related to neuroprotection, including Bdnf and Pax6 upregulation, extending the applicability of largazole to the treatment of brain cancer and neurodegenerative disorders. The largazole-induced modulation of Pax6 unifies both activities, since Pax6 expression suppresses GBM proliferation and invasion and inversely correlates with GBM tumor grade, while it is also implicated in neurogenesis, neuronal plasticity, and cognitive ability. Our results suggest that largazole could be repurposed for diseases of the brain.

Two conomarphins were purified as the major component of the venom of Conus eburneus. Conomarphins Eb1 and Eb2 showed biological activity in the mollusk Pomacea padulosa, causing sluggishness and retraction of siphon, foot, and cephalic tentacles. To further probe the effects of conserved amino acids and posttranslational modifications in conomarphins, we prepared four synthetic analogues: conomarphin Eb1 Hyp10Pro, Hyp10Ala, d‐Phe13Ala, and l‐Phe13 variants. Structure‐activity relationship analysis indicated that d‐Phe13 is critical to the biological activity of conomarphins. In contrast, amino acid changes at position 10 and removal of posttranslational modification in Hyp10Pro can be tolerated. The high expression level and observed mollusk activity of conomarphins may suggest their potential role as defensive arsenal of Conoidean snails against other predatory gastropods. Conomarphins Eb1 and Eb2 were purified as the major component of the venom of Conus eburneus. Bioactivity testing indicated mollusk‐paralyzing activity of conomarphins in Pomacea padulosa. Four analogues of conomarphin Eb1 were prepared to probe the critical and tunable structural elements for bioactivity. Structure‐activity relationship analysis indicated the D‐Phe13 to be critical, while changes to Hyp10 can be tolerated. The prevalence and bioactivity of conomarphins point to the potential role of these conopeptides as defensive arsenal against other predatory snails.

CXCR7 plays an emerging role in several physiological processes. A linear peptide, amantamide (1), was isolated from marine cyanobacteria, and the structure was determined by NMR and mass spectrometry. The total synthesis was achieved by solid-phase method. After screening two biological target libraries, 1 was identified as a selective CXCR7 agonist. The selective activation of CXCR7 by 1 could provide the basis for developing CXCR7-targeted therapeutics and deciphering the role of CXCR7 in different diseases.

Open-sea mariculture of the Philippine blue sponge Xestospongia sp. was established as a route for the production of the biomedically-important renieramycins. We assessed the effects of harvesting regime, culture period or periodicity, sponge translocation and farming methods to sponge survival, sponge growth, chemistry and bioactivity of sponge extracts. During the 12-month culture, sponge growth, renieramycin M content and antiproliferative activity of sponge extracts showed significant differences, depending on the culture period and location. Growth and renieramycin biosynthesis were minimally affected by temperature and may be driven by thermal-independent processes in the coral reef. Multiple harvesting of Xestospongia sp. was also favorable to growth and consequently, provided higher biomass and renieramycin M yields.

Article title: Apratyramide, a Marine-Derived Peptidic Stimulator of VEGF-A and Other Growth Factors with Potential Application in Wound Healing

A novel linear depsipeptide enriched with tyrosine-derived moieties, termed apratyramide, was isolated from an apratoxin-producing cyanobacterium. The structure was determined using a combination of NMR spectroscopy, mass spectrometry, and chiral analysis of the acid hydrolyzate and confirmed by total synthesis. Apratyramide up-regulated multiple growth factors at the transcript level in human keratinocyte (HaCaT) cells and induced the secretion of vascular endothelial growth factor A (VEGF-A) from HaCaT cells, suggesting the compound's potential wound-healing properties through growth factor induction. Transcriptome analysis and sequential validation supported the hypothesis and indicated its mode of action (MOA) through the unfolded protein response (UPR) pathway, which is functionally related to wound healing and angiogenesis. The conditioned medium of HaCaT cells treated with apratyramide induced angiogenesis in vitro. An ex vivo rabbit corneal epithelial model was applied to confirm the VEGF-A induction in this wound-healing model.

Article title: Amantelides A and B, Polyhydroxylated Macrolides with Differential Broad-Spectrum Cytotoxicity from a Guamanian Marine Cyanobacterium

Cytotoxicity-guided fractionation of a Guamanian cyanobacterial collection yielded the new compounds amantelides A (1) and B (2). These polyketides are characterized by a 40-membered macrolactone ring consisting of a 1,3-diol and contiguous 1,5-diol units and a tert-butyl substituent. Amantelide A (1) displayed potent cytotoxicity with submicromolar IC50 against HT29 colorectal adenocarcinoma and HeLa cervical carcinoma cell lines. Acetylation of the hydroxy group at C-33 in 2 caused a close to 10-fold decrease in potency. Exhaustive acetylation of the hydroxy groups abrogated the antiproliferative activity of amantelide A (1) by 20-67-fold. Further bioactivity assessment of 1 against bacterial pathogens and marine fungi indicated a broad spectrum of bioactivity.

Many tropical marine cyanobacteria are prolific producers of bioactive secondary metabolites with ecological relevance and promising pharmaceutical applications. One species of chemically rich, tropical marine cyanobacteria that was previously identified as Symploca hydnoides or Symploca sp. corresponds to the traditional taxonomic definition of Phormidium penicillatum. In this study, we clarified the taxonomy of this biomedically and ecologically important cyanobacterium by comparing recently collected specimens with the original type material and the taxonomic description of P. penicillatum. Molecular phylogenetic analyses of the 16S rRNA gene and the 16S-23S ITS regions showed that P. penicillatum formed an independent clade sister to the genus Symploca, and distantly related to Phormidium and Lyngbya. We propose the new genus Caldora for this clade, with Caldora penicillata comb. nov. as the type species and designate as the epitype the recently collected strain FK13-1. Furthermore, the production of bioactive secondary metabolites among various geographically dispersed collections of C. penicillata showed that this species consistently produced the metabolite dolastatin 10 and/or the related compound symplostatin 1, which appear to be robust autapomorphic characters and chemotaxonomic markers for this taxon.

Combined phylogenetic and HPLC-MS-based natural products dereplication methods aimed at identifying cyanobacterial collections containing the potent cytotoxins largazole, dolastatin 10, and symplostatin 1 were developed. The profiling of the phylogeny, chemical space, and antiproliferative activity of cyanobacterial collections served to streamline the prioritization of samples for the discovery of new secondary metabolites. The dereplication methods highlighted the biosynthetic potential and combinatorial pharmacology employed by marine cyanobacteria. We found that largazole was always coproduced with dolastatin 10 or with symplostatin 1 and consequently tested combinations of these agents against colon cancer cells. Combinatorial regimens of largazole and dolastatin 10 aimed at curbing the growth of HCT116 cancer cells showed cooperative activity.

Covering: up to 2014 Marine cyanobacteria are an ancient group of organisms and prolific producers of bioactive secondary metabolites. These compounds are presumably optimized by evolution over billions of years to exert high affinity for their intended biological target in the ecologically relevant organism but likely also possess activity in different biological contexts such as human cells. Screening of marine cyanobacterial extracts for bioactive natural products has largely focused on cancer cell viability; however, diversification of the screening platform led to the characterization of many new bioactive compounds. Targets of compounds have oftentimes been elusive if the compounds were discovered through phenotypic assays. Over the past few years, technology has advanced to determine mechanism of action (MOA) and targets through reverse chemical genetic and proteomic approaches, which has been applied to certain cyanobacterial compounds and will be discussed in this review. Some cyanobacterial molecules are the most-potent-in-class inhibitors and therefore may become valuable tools for chemical biology to probe protein function but also be templates for novel drugs, assuming in vitro potency translates into cellular and in vivo activity. Our review will focus on compounds for which the direct targets have been deciphered or which were found to target a novel pathway, and link them to disease states where target modulation may be beneficial.